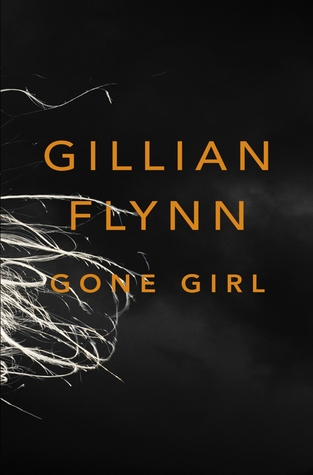 Goodness me, it is not often that I am left speechless by a book, but Gone Girl left me incapable of talking for about half an hour after I finished it! Now I have calmed down a bit, twisted is the best word I can find to describe it, but I still can’t decide whether I liked it or not. I did consider stopping reading it, something I very rarely do, but I found I couldn’t put it down – I had to find out what happened in this very unusual book.

Gone Girl by Gillian Flynn is a psychological thriller which dissects a marriage strand by unreliable strand and that is the genius of this story, two wholly unreliable narrators. Nick and Amy both narrate their story but start at different points. From Amy, we see the picture of a suspiciously perfect marriage and from Nick we see a melt-down. The real question though is where is Amy? She has disappeared and it is looking like Nick might be responsible. Nothing is as it seems; Nick is lying to the police but doesn’t tell you what he is lying about, Amy is just psychotic quite frankly and their marriage is an interdependent mess of a power-play.

Its strength is the force of the story, you literally cannot put it down. It is refreshingly different with a complex female villain; I haven’t read anything quite like this before. It also persistently questions how well you can really know someone, which is very thought-provoking.  The best analogy I can think of for it is a house of mirrors.

However, one of the things I really didn’t like about it is how filthy it is. I know that makes me sound very puritanical, but there is an incident towards the end of the book (and hopefully I’m giving nothing away), a faked rape, which I found particularly distasteful. That said, my uncertainty about Gone Girl puts me in the minority as most reviews are raves. I think my reaction to this book is partly because I intensely dislike liars and manipulators in real life and so a book about them, and a book that made me feel like I had been manipulated as well, is just not my personal preference. Gone Girl is a book I appreciate as very clever and unusual, but not one I can say I love.  Have you read it? What do you think?