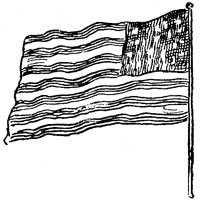 Happy Independence Day to my friends and readers in the US! To tie into the spirit of the day, I thought I’d share some of my favourite American books, both by Americans and about America.

Notes from a Big Country by Bill Bryson

I love a bit of Bill Bryson. His corresponding book Notes from a Small Island had me in stitches as the community he was writing about in the main was close to where I grew up. It was so refreshing to read about quirks and behaviours I recognised in myself and my community from the perspective of a sympathetic American. I read Notes from a Big Country for the first time after a short trip to San Francisco and found that it helped me understand this fascinating, bewildering and diverse country a little more than I did before.

I probably don’t need to say too much about this after my recent rave reviews. I love this book.

I read this book several years ago and am considering rereading it before I get Curtis Sittenfeld’s most recent release. I thought this was an elegant and absorbing tale about a fictional first lady’s journey to the White House. Controversially, it is thought that Alice Blackwell in the novel is a thinly veiled Laura Bush. As someone who finds the Republican party’s views baffling at best most of the time, I was prepared to find this book angered me, but quite the opposite. I found it thought-provoking and very well-written. I’m looking forward to reading more of Sittenfeld’s work.

The Scarlet Letter by Nathaniel Hawthorne

I chose to write about this for my Master’s dissertation I loved it so much. A classic.

I discovered Elizabeth Gilbert through her famous TED talk and I knew I had to read her books.

Eat Love Pray was the first and I found it so much more than I ever thought a ‘finding yourself’ book could ever be (my Yorkshire common sense showing through!). It was well written, thoughtful and funny. I do still think running off around the world to escape your problems is a little self-indulgent to be honest, although if you have the money and time why not I suppose, but Gilbert is a writer I warmed to and I found this book wise. I read her Committed just before I got married and I found that was also really interesting. It helped frame and order my own thoughts about marriage before I jumped in at the tender age of 25!

The Bonfire of the Vanities by Tom Wolfe

I have a feeling this book may be a future classic. It so perfectly captures a time, attitude and place that when I think about the 80’s, this book is irrevocably linked in my mind. I think it is a funny, clear-eyed and honest look at greed, arrogance and excess in late 80’s New York.

And two plays… I like reading plays. I like seeing them more, but I do like reading them as well and these two are masterpieces in my opinion.

The Crucible by Arthur Miller

A wonderful double. On the surface a play exploring the Salem Witch trails in New England and the hysteria that ensued. Below, a commentary on the Communist Witch Hunts of the McCarthy era.

I think Tennessee Williams is my favourite playwright after Shakespeare. His explorations of disappointment, faded dreams and hope are heart-breaking. I could have chosen any of his plays but went for A Streetcar Named Desire because I walked out of a theatre about four years ago after seeing this play and the world looked a little different. One of the most powerful, moving stories in the world in my opinion, but perhaps not one for happy days!

Do you have favourite Independence Day reads?